The Federal Cabinet is the 2020 recipient of the Code of Silence Award for Outstanding Achievement in Government Secrecy in the federal category.

The Cabinet is recognized for suppressing public access to details about very large loans—at times amounting to billions of dollars—given to corporations out of the public purse.

“Citing commercial confidentiality to prevent journalists and the public from accessing details of loans handed out through the so-called “Canada Account” is an indefensible infringement on the public’s right to know,” said Brent Jolly, president of the Canadian Association of Journalists.

In 2014, writing about the examination of loans to the auto-sector in 2009, Canada’s auditor general found it “impossible to gain a complete picture of the assistance provided, the difference the assistance made to the viability of the companies, and the amounts recovered and lost.” Some of those loans were never repaid and had to be written off.

More recently, the federal government used this account to extend $650-million of support to General Dynamics for building combat vehicles for Saudi Arabia, spur civilian aircraft exports by aerospace companies, and to buy the Trans Mountain pipeline. Yet, the public was kept in the dark about the transactions, each of which posed some risk to the federal treasury.

The awards jury has also recognized the Department of National Defence and The Treasury Board of Canada with “dishonourable mentions” in the federal category.

The Treasury Board was recognized for its erasure of thousands of previously released Access to Information and Privacy (ATIP) documents—vanishing all summaries of documents issued before 2019.

The Department of National Defence (DND) also received a dishonourable mention for proactively thwarting Access to Information Act requests about Vice-Admiral Mark Norman by never naming him in any of its records. DND used code words that referred to him instead which had the effect of ensuring requestors asking for records about Norman would receive a no-records response.

The Code of Silence Awards are presented annually by The Canadian Association of Journalists, the Centre for Free Expression at Ryerson University (CFE); News Media Canada; and Canadian Journalists for Free Expression (CJFE). The intent of the awards is to call public attention to government or publicly funded agencies that work hard to hide information to which the public has a right under access to information legislation.

Recent winners in the federal category include Environment and Climate Change Canada, The Treasury Board of Canada, and the Federal Department of Finance.

The Code of Silence Award recipients in the provincial, municipal and law enforcement categories will be announced later this month. 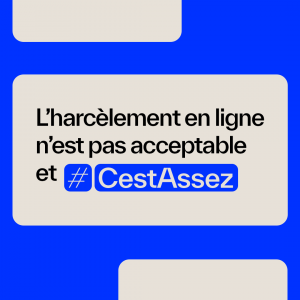